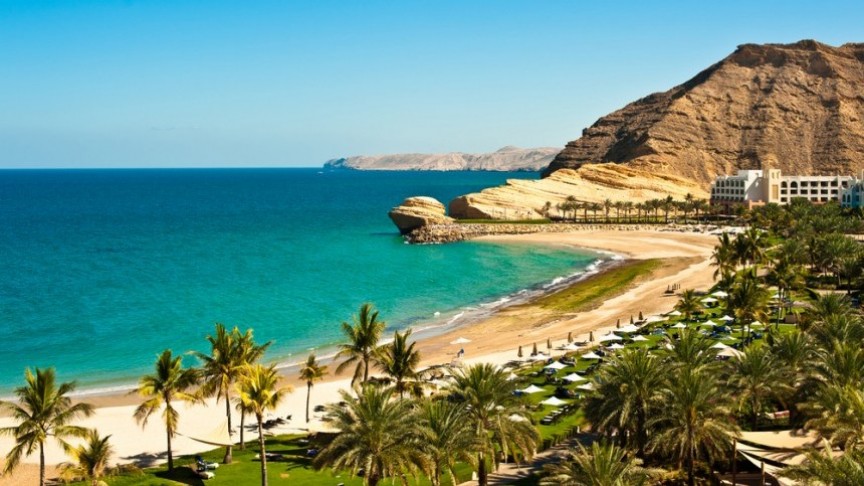 Oman is the second largest country in the Arabian Peninsula, lying at its south-east corner of the Straits of Hormuz. It is bordered to the north by the United Arab Emirates, to the west by Yemen and Saudi Arabia. The coastline faces the Gulf of Oman and the Arabian Sea.

The north of Oman is dominated by the Hajjar mountain range, which runs parallel to the coast reaching a height of over 3,000 metres at the Jebel Shams. This highland region is dissected by wadis (river beds) which are mainly dry but sometimes flood in the winter rainy season, which helps support some vegetation.

Between the Hajjar Mountains and the coast is the Batinah plain, stretching from Muscat to the United Arab Emirates. border. This plain is intensively cultivated near to the coast and it reaches up to 30km in width. At its south-eastern end are the major population centres of the capital area. To the south and west of the mountains there is an extensive desert of stony plain and sand dunes. The discovery of oil brought new life to this part of Oman.

The Dhofar region in the south is seasonally fertile and green, benefiting from an extended summer rainy season, in contrast to the hot and dry summer of the north.Dhofar centres upon the town of Salalah.

LOCATION OF THE SULTAN’S SCHOOL

The school is situated between Muscat International Airport and Seeb town The school is about 3km from the sea as the crow flies but the intervening dual carriageway makes the journey a little longer by road. The dual carriageway is part of the main road running from Muscat to the United Arab Emirates It leads eastwards to the suburbs of Medinat Qaboos (30km); Qurm (39km); Ruwi (45km); Muttrah (48km); and Muscat (50km).

Send us a Message

© The Sultan’s School. All rights reserved.